Conducting polymers serve as an interface between electrodes and biological organisms in bioelectronic devices. Some examples are poly(3,4-ethylenedioxythiophene):poly(styrene sulfonate) (PEDOT:PSS), polypyrrole (PPy), and polyaniline (PAni) which have favorable electrical and mechanical properties and biocompatibility. However in a wet physiological environment, weak and unstable adhesion occurs leading to interfacial failures. In this article on Science Advances journal, Dr. Xuanhe Zhao and his team spanning from MIT in USA to JSR Corporation in Japan and Jiangxi Science and Technology Normal University in China present a successful method to achieve strong adhesion of various conducting polymers on substrates in wet physiological environments. They introduced a hydrophilic polymer adhesive layer of only a few nanometers thick but strongly bonds wet conducting polymers to various substrates. Furthermore, a variety of fabrication methods can be used to produce this adhesion layer. 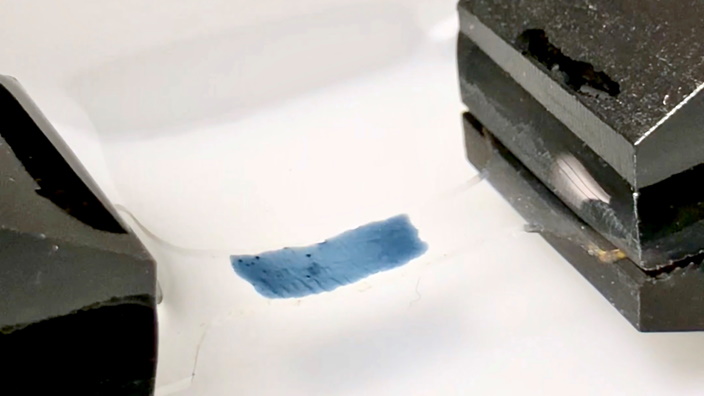 To read about a lap-shear test done with the UStretch, click here.