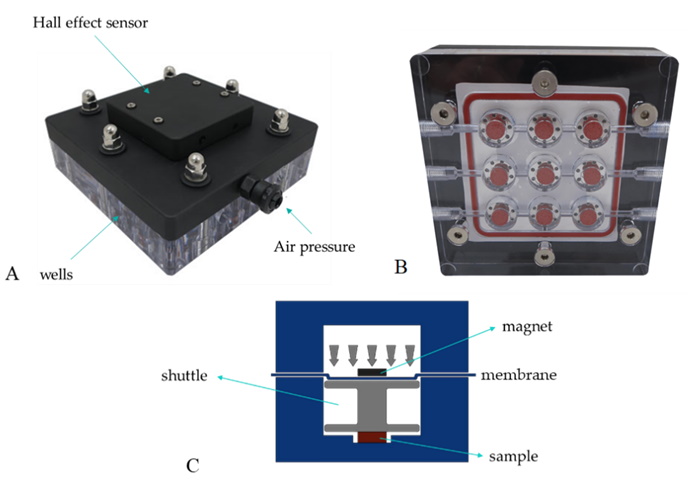 Viscoelasticity is the mechanical behavior of a material with an elastic solid phase and a viscous liquid phase, in response to an applied stimulus. Several biomaterials and biological tissues are viscoelastic and methods to measure their viscoelastic properties include creep and stress relaxation tests, dynamic mechanical analysis, step-reconstructed dynamic mechanical analysis and epsilon dot (M). The table below summarizes testing input and known testing methods under strain or load control.

There is a lack of a suitable viscoelasticity testing methods using load-control with ramp stress input. Ludovica Cacopardo and her team from the University of Pisa sought to address this by proposing a sigma-dot testing method. It is based on measurements at different constant loading rates using standard force-controlled systems such as the CellScale MechanoCulture TR (MCTR). A key advantage of this new method is that the ramp stress input is physically implementable without prior determination of the sample’s linear viscoelastic region.

In their study, polydimethylsiloxane (PDMS) and hydroxyapatite-gelatin (HA/Gel) composite hydrogels were prepared and tested using the MCTR and a Universal Testing Machine. Sigma-dot measurements were obtained at different loading rates and the strain-time equation derived from the Generalized Voigt model was globally fitted to the experimental data. Results indicate that viscoelastic properties using this sigma-dot testing method were independent of the testing device, thus making the method a valid alternative to standard force-control testing methods.

To find out more about Ludovica’s research, click here:  http://www.centropiaggio.unipi.it/~cacopardo

To read about bio-mechanical analysis of the urinary bladder, click here.