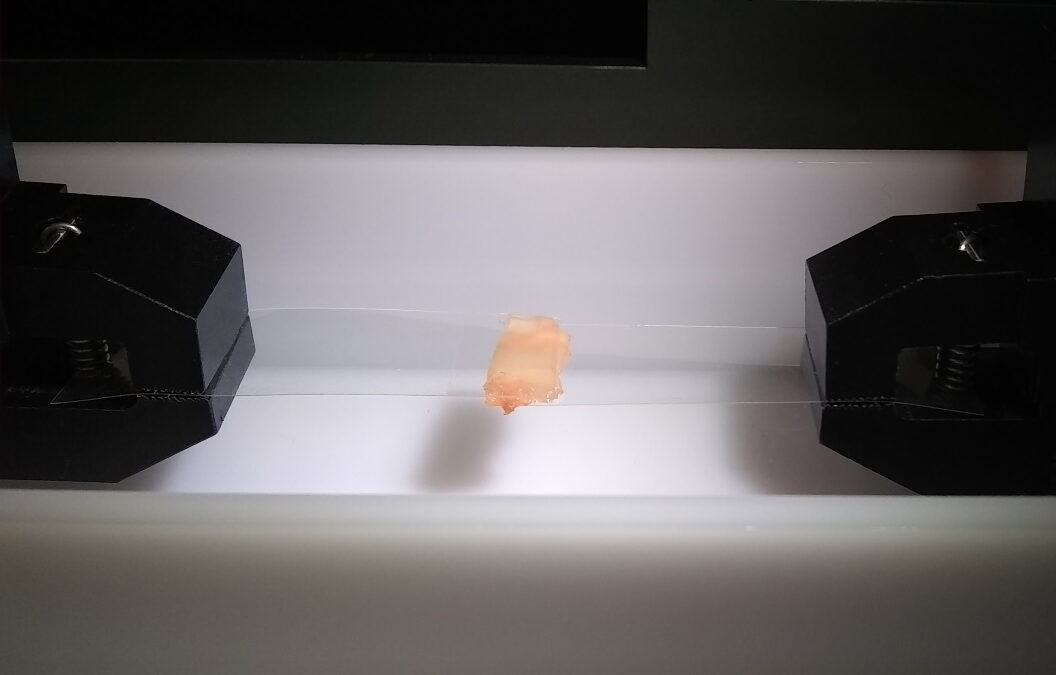 An inverse double network (IDN) hydrogel is a setup of a neutral hydrogel layer with a polyelectrolyte polymer layer adhered to it. This bilayer design allows for changes in volume when either layer responds differently to stimulus (pH, temperature, light, etc.). The structure may fold, twist or bend, and controlling these features is important for oral drug delivery applications. Dr. Teja Guda and his team from the University of Texas at San Antonio report in this paper, a strategy to improve the stability of the polyelectrolyte layer in bilayer hydrogels. They studied the hydrogel’s ability to bend when the pH changes, compared conventional thin film coated bilayers against their formed IDNs, and characterized drug release profile using the antibiotic Vancomycin.

One interesting test that was performed in this research was mucoadhesion testing. Mucoadhesion is simply the adhesion between two materials, one of which is a mucosal surface (NCBI). It is vital for a drug delivery system to possess mucoadhesion properties so that the drugs will be better absorbed by the body through mucosal surfaces present in our mouth, stomach or gut lining. In this study, the team used porcine small intestine tissues affixed on polyvinyl chloride sheets on which the bilayer samples were attached. The samples and the porcine segments then underwent a lap shear test using the CellScale UStretch. The graph below illustrates detachment force required in PBS of 3 samples: polyvinyl alcohol, IDN and thin film. 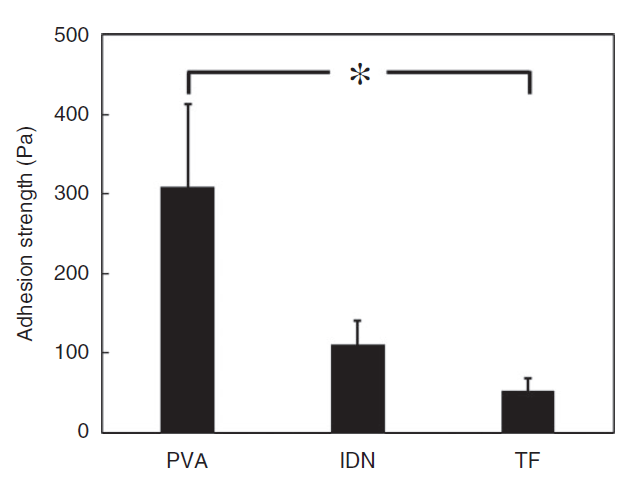 To read about a similar research on shape-changing hydrogels to stimuli, click here.