Human-induced pluripotent stem cell (hiPSC) derived cardiomyocytes present themselves as an abundant resource for tissue engineering, drug screening and regenerative-medicine applications. However, they are available in an immature state, mimicking poorly the physiology of adult human cardiomyocytes. There are methods to increase the maturation and function of hiPSC-derived cardiomyocytes, although each of them presents shortfalls such as heavy metal poisoning and difficulty in mass stimulation. Dr. Li Liu, Y Sawa and their team and her team from Osaka University Graduate School of Medicine has published in Nature journal an article about their success in creating a platform capable of promoting rapid formation of hiPSC-derived cardiomyocytes into 3D self-organized tissue rings (SOTRs). In addition, they constructed a mathematical model to characterize the long-term behavior of the reentrant waves (ReW) within the cardiac tissue. The image above shows the schematics and actual images of the SOTRs from their experiment.

The SOTRs created were studied for beating frequency and ReW speed in relation to the ring diameter. They were also analyzed for specific gene expression, Ca2+ handling properties, oxygen-consumption rate and contractile force. To measure the contractile force, the team used the CellScale MicroTester in a 3-point bending test setup while immersed in a temperature-controlled water bath. The graph below shows the maximum contraction force at 2 different ReWs. 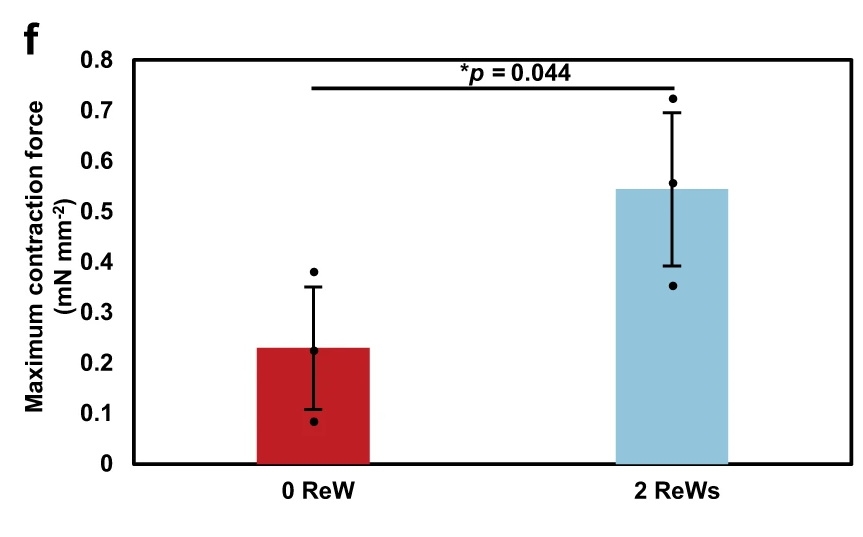 To read about another publication with the CellScale MicroTester, click here.