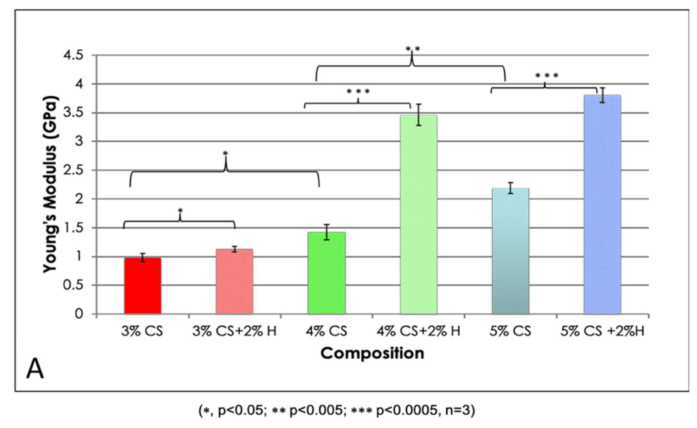 Chitosan (CS) is a naturally derived hydrogel that has potential as an implantable drug delivery system. Although it possesses quality traits such as non-toxicity, a lack of immunogenicity and the ability to assemble a tissue-specific extracellular matrix, it is inherently weak in its mechanical properties. Incorporating nanoparticles in CS have been shown to significantly increase strength, tensile modulus, hardness and toughness of the resulting polymer. Dr. David Mills and Yangyang Luo from Lousiana Tech University decided to investigate the impact of different concentration of CS and Halloysite nanotubes (HNTs) on not just the mechanical properties, but cellular behaviors as well.

There are several interesting discoveries discussed in this paper. A higher CS concentration produced a more uniform bead shape and drug release capability. It also formed hydrogels with smaller pore sizes. In their degradation study, HNTs were shown to have no significant effect on CS degradation. As a drug delivery system, the CS-HNTs hybrid hydrogel had a more sustained ability in drug release compared to pure CS, due to its better mechanical properties. 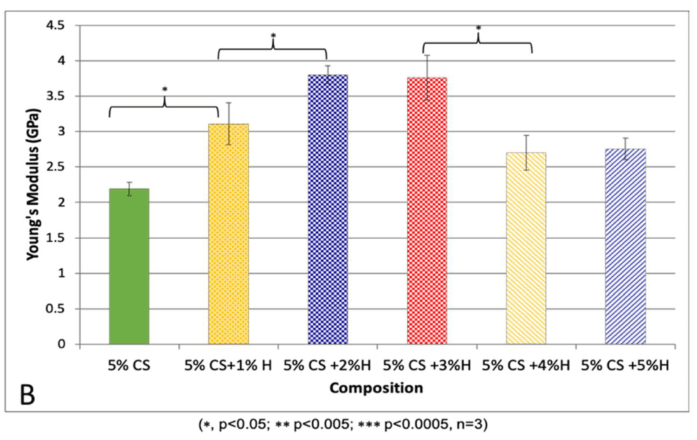 To read about the inclusion of chloride salt and nano-particles in methacrylated gelatin for bioprinting, click here.